Sahti is a traditional Finnish fermented beverage, that can be made from a variety of grains and is typically spiced with juniper berries (hops are optional). The mash may also be filtered through a bed of juniper twigs. Fermentation is usually carried out with bread yeast (or an ale yeast), resulting in the formation of high concentrations of isoamyl acetate (a banana-flavored ester). I haven’t drank many Sahti before, with the only commercial ones being Lammin Sahti and Hollolan Kivisahti. I wasn’t really fond of either, so am in general a little skeptic towards the style. Today I have the honor to try two homebrewed Sahti, one more traditional from Jussi, and one a bit more modern from Juhani. Hopefully these can change my opinion on Sahti. Let’s begin with the more traditional Tokkura-sahti from Jussi. 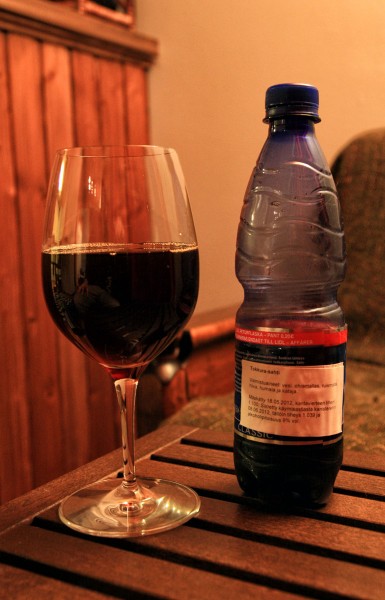 Tokkura-sahti was brewed in the middle of May, and has been mashed from barley and rye malts. Both hops and juniper berries have been used in the wort, and if I remember correctly the mash was filtered through a bed of juniper twigs as well. The OG was relatively high, 1.100, while the FG is also relatively high, 1.039. This means the Sahti will be sweet, while the alcohol level of 9% should lend even more sweetness. The Sahti is bottled in a plastic PET-bottle, which feels soft, so I’m not expecting much carbonation. I’m not sure what yeast has been used, but I suspect that it is not bread yeast. Most likely a brewery yeast. This should be interesting! 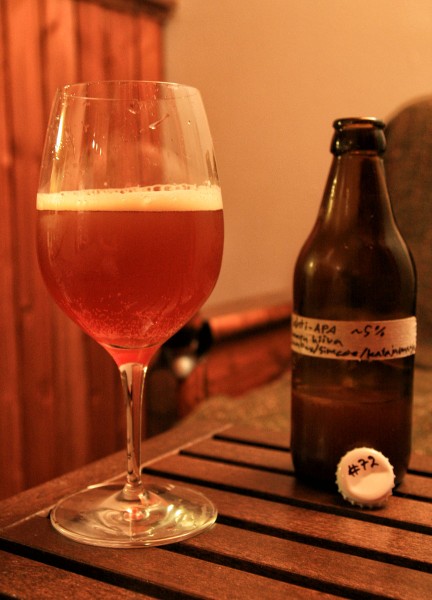 Juhani’s Sahti is a hybrid of an American Pale Ale and a Sahti. I don’t have any information on the malt bill, but it has been hopped with Columbus and Simcoe. Juhani also ‘dry-hopped’ the beer with juniper berries. The beer was fermented with bread yeast, to give the traditional twist. I think this was brewed in the beginning of the Summer, so it should be of about the same age as the first Sahti. Should be a very interesting experience as well!

Thanks to both Jussi and Juhani for the Sahti and the experience!