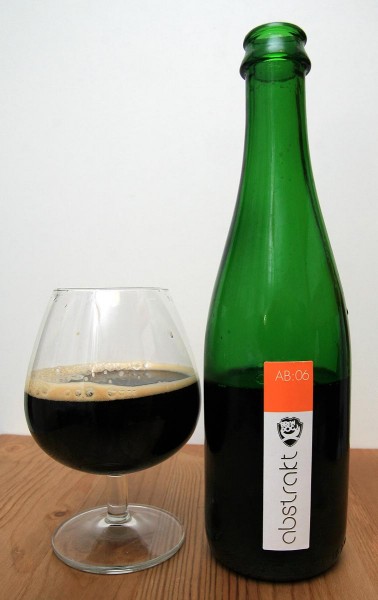 I recently had Brewdog’s Abstrakt AB:08, a beer from their one-off series of concept beers (known as Abstrakt), and today I will be trying the sixth beer in the series. AB:06 is a triple-dry hopped imperial black ipa (their words), which has been brewed with maris otter and various dark malts (including dehusked black malt). There is no information available on the hop varieties used, but the IBUs should be around 120. Haven’t tried many Black IPAs/Ales earlier, but it seems like most craft breweries are making one nowadays. I like the idea of a huge amount of hoppiness coupled to some dark and roasty malt tones. Let’s see how it tastes!