I’m just back from a great 10 day vacation in Berlin, which included everything from visiting an abandoned theme park and observing loads of street art to beer drinking and shopping. This was my third trip to Berlin in about a year, yet there is still a lot to explore in this fantastic city. I’m not a large fan of German beer in general, as I find the traditional styles a bit boring, but I decided to try some different ones whenever I had a chance. I also paid a visit to Brewbaker, a microbrewery/brewpub, and the quite unknown Berlin Bier Shop. I decided not to visit the more famous Bier-Spezialitäten-Laden on this trip, since I visited it on my last trip here, and I didn’t find it very special. It is definitely worth a visit if you’re after a huge selection of German beer or a moderate selection of international beer. Below are some short summaries of the beers, pubs and shop.

First up is some beers I brought from REWE, one of the large supermarket chains in Germany. The beer selection is quite limited, and the shelves are dominated by the larger domestic brands. Some of the styles represented are Pils, Lagers, Hefeweizens, Schwarzbiers and Kellerbiers. I brought home a Rothaus Pils Tannen Zäpfle and a Kyritzer Mord und Totschlag.

I didn’t find the Rothaus Pils Tannen Zäpfle any special. Quite light in taste, featuring some grain and grassy hop tones. Still a drinkable beer.

The Kyritzer Mord und Totschlag, literally translating to Murder and Homicide (Google Translate gives ‘Blood and Thunder’), is a schwarzbier, that featured some dark and roasted flavours, coupled with a dry finish. One of the better beers on the trip.

Berlin is also full of kiosks and other small shops that sell alcohol and are open almost round the clock. The selection of beers in these are usually very limited, but I bought a Rothaus Pils (which I later discovered was the exact same beer as the Tannen Zäpfle) and a bottle simply labelled Bier. 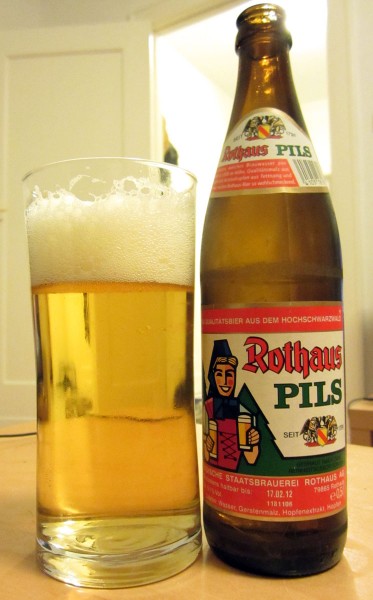 This is the 0.5L version of Tannen Zäpfle. 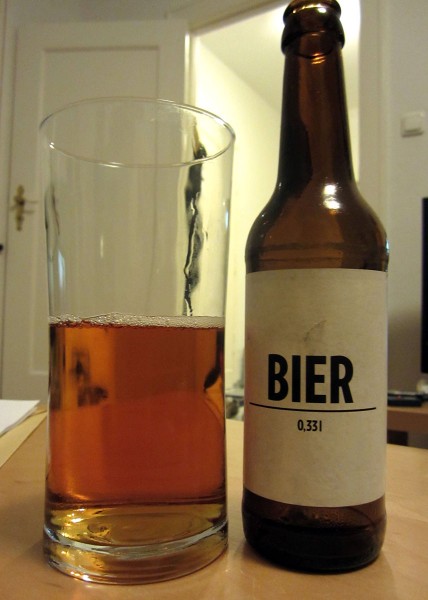 Like the minimalistic label and naming, but the beer wasn’t anything special. The carbonation level was also very low, don’t know if it was intentional.

I also had some beers at random pubs and restaurants around town. Aufsturz, near Kunsthaus Tacheles, had around 80 beers on the menu, featuring many (though most of them were very boring) international beers. Here I had a Märkischer Landmann Schwarzbier.

I found this schwarzbier a bit boring, and very light and watery in taste. There were some roasted tones and maltiness present, but I really felt the body was too thin.

We also visited Pfaueninsel, Peacock Island, an island in Berlin-Wannsee, featuring peacocks, gardens, and strange castles. Close to where the ferry leaves towards the island there is a Biergarten/Restaurant where we stopped for a beer after the visit. There wasn’t much to choose from, so I had a Weihenstephaner Dunkel from tap. 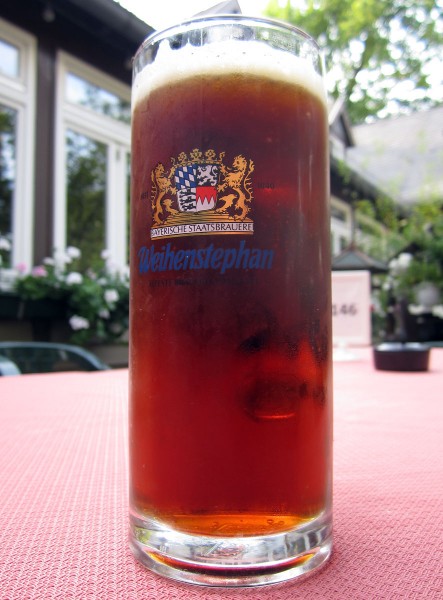 This was a lovely Dunkelweizen, with a lot of maltiness, banana, spices, and yeast tones.

Not a beer-related picture, but just a demonstration of one of the castles on Pfaueninsel.

I tried some different beers while visiting restaurants as well: Schneider Weisse Original, Erdinger Weissbier, and Berliner Kindl Jubiläums Pilsener. The Berliner Kindl was a quite boring and typical pils, while the Erdinger Hefeweizen was a little on the sweet side. I liked the Schneider Original though.

I was looking forward to my visit to Brewbaker, as I had read many recommendations before the trip. I had also read that they had recently moved, so to be on the safe side I brought my GPS. Even with the GPS I had some troubles finding the right street, Arminiusstrasse 2-4, even though it is very close to the Turmstraße (U9) U-Bahn Station. What I hadn’t realized was that they had moved inside a market hall, Zunfthalle. When I finally found their bar I was disappointed to find out that they only had their Bellevue Pils and Rauchbier on tap, even though their website stated that they had their Imperial Stout on tap. I though the prices were good, 2 euro for a 0.3L glass, and 3 euro for a 0.5L glass, while bottles (0.5L) cost 3 euro if taken home, 4 euros if emptied ‘at the bar’. They had their Red Lager, Ginger Ale and Berlin IPA in 0.5L bottles, as well as a limited edition Doppel IPA in a 1L bottle, which I had to buy home for 10 euros. At the bar I had a Bellevue Pils, since I’m not really a fan of smoked beers. The staff was friendly, but I was a little underwhelmed with the fact that they were situated in a market hall, it kind of killed the mood. 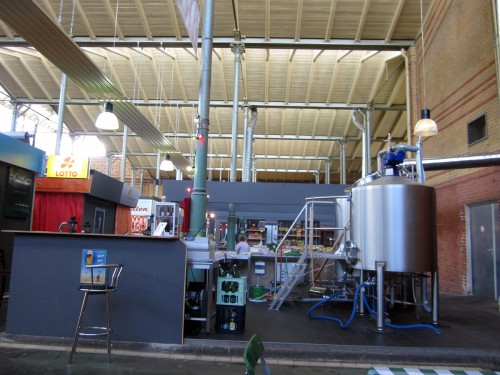 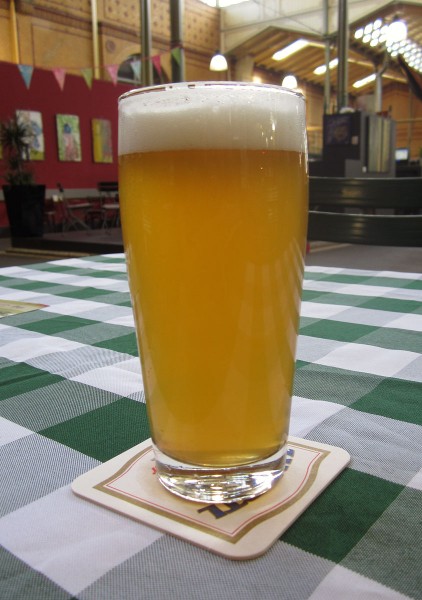 Here is a short mini-review of the Bellevue Pils: The beer had a hazy yellow color, with a thick white head, that left lots of lacing along the glass. The beer surprisingly smelled of alcohol and malts. The taste was bready, hoppy, grassy, and fresh. The beer had a medium body and a low carbonation level. Overall I liked this, and it was also one of the better beers on the trip. Looking forward to trying their Doppel IPA and Berlin IPA which I brought with me home.

Close to Brewbaker (about 700 meters) you can find Berlin Bier Shop (aka. Wein Kultur) on Kirchstrasse 23, which was also quite well hidden. Inside the small store (maybe 30 square meters), one can find lots of wine as well as some interesting beers. The selection included some German microbrews (e.g. Brewbaker’s Berlin IPA and Fritzale’s IPA), a large variety of Samuel Smith beer, Brewdogs (even rarer ones such as Abstrakts 1-4, Paradox Isle of Arran, Bashah Imperial 2009, Bashah Highland Park 2009, and Tokyo*), some Belgians, and some Anchor beer. They seem to recently have had some sort of Stone Brewing tasting with Greg Koch, so with good luck you might find some random American beer on your visit. I bought some different beers with me home, and will definitely visit it again on my next trip to Berlin. Worth a visit! Prices were ok too, even though a little higher than average.


Overall it was a great trip, and I got to see a lot of interesting things. Here are some random pictures from the trip: 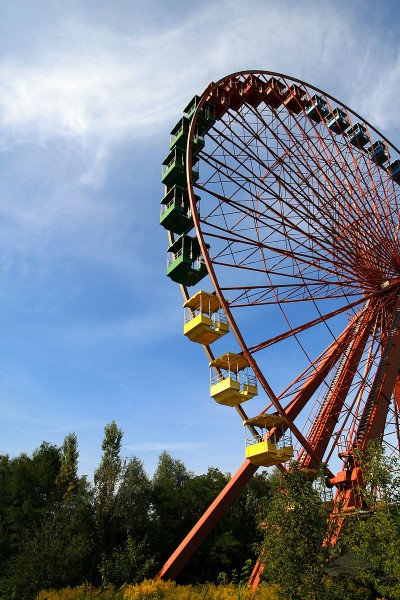 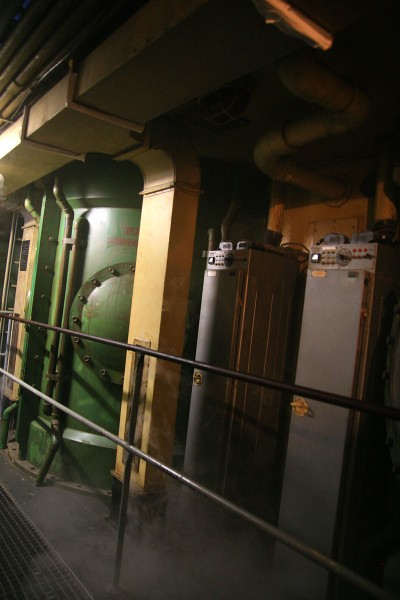 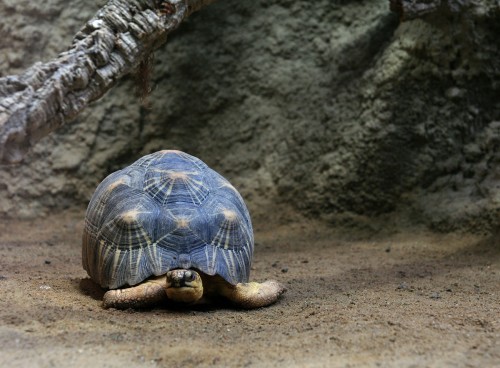