There will be some interesting releases for hop lovers in Alko 18.07.2011.

First up is one of my all-time favorite beers (haven’t reviewed one yet, but have two in my fridge), that will be (theoretically) available in all Alko shops across the country:

This Imperial India Pale Ale packs a massive 150 IBU, and is “hopped to hell” with Centennial, Columbus, and Simcoe. Finally a decently priced and extremely hoppy (and tasty) beer makes it into the regular selection at Alko. Hopefully this sells well so that Alko have the guts to bring in more IPAs. The beer has been getting good reviews at RateBeer and Beer Advocate as well.

Then it is time for two beers that will be released only in the Arkadia Alko: 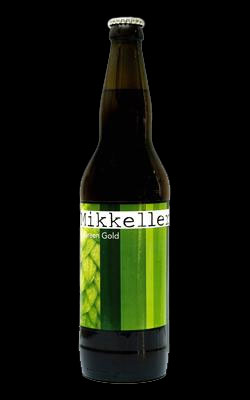 Green Gold is an American IPA, released by Mikkeller (it was the second IPA they released), and brewed at De Proefbrouwerij in Belgium. It has a massive 137 IBU, which means it could probably be classed as an Imperial IPA as well, and is hopped with Amarillo, Cascade, and Simcoe. Have loved the stuff I’ve tried by Mikkeller so far, so am really looking forward to this one. The beer has also been getting good reviews at RateBeer and Beer Advocate as well.

This is an Imperial Pilsner (i.e. a more ‘extreme’ pilsner, with more maltiness, more bitterness and more alcohol) from the Helsinki-based microbrewery Stadin Panimo. I’ve had a couple of their beers during the previous year, and they have been ok, so will probably have to try this one out. Alko describes it as full-bodied, generously hopped, malty, citrusy, herby, spicy, and balanced, and report an IBU of 80 (which is high for a pilsner). The beer has been getting moderate reviews at RateBeer. Unfortunately there are no pictures of the bottle anywhere on the web.